We've been at it again! Our surplus crumpet beer, brewed in collaboration with Warburtons, is back and butter than ever.

We've brewed a tasty Table Beer this time, with a lower alcohol content of 2.8%, but still packing a powerful hoppy punch. It's akin to a traditional bitter, but un-beer-lievably light and refreshing.

It's Ale in a days work

As before, we took wonky Warburtons crumpets - too squished, too small and too stretched out. We shredded and dried them into a delicious crumpet crumb. And then we threw them in the mashtun with malted barley.

By using crumpets that would otherwise be wasted, we need less barley, and this reduces the environmental footprint of the beer. So the crumpet does more than just flavour the beer. It brings new meaning to the phrase 'responsible drinking'.

We added only British grown hops this time, including CF185, a new dwarf hop variety that gives peach and citrus notes. The hops give the beer flavour, aroma and a distinct bitterness, as well as acting as a natural preservative.

And finally the yeast was added and the magic of fermentation was left to do it's thing.

We're blowing the trumpet for the humble crumpet!

Crumpets are a British staple that bring a unique hole-y different toasty taste. And our Crumpet Table beer is planet-saving as well as palate-pleasing. It proves that nothing good should ever be wasted.

And so a Toast to Warburtons, the nations favourite family bakery. Did you know the business was started in 1876 as a grocery shop in Bolton, and is still run by the fifth generation of the Warburton family? They've been 'dough'lightful to work with in making sure nothing goes to waste.

Grab some while it's hot!

Our Warburtons collaboration Crumpet Table Beer is now available in the shop, on its own or as part of our bottles mixed case.

To be in with a chance of winning a case of our crumpet beers (6 x original Session IPA and 6 x new Table Beer), join our mailing list HERE. 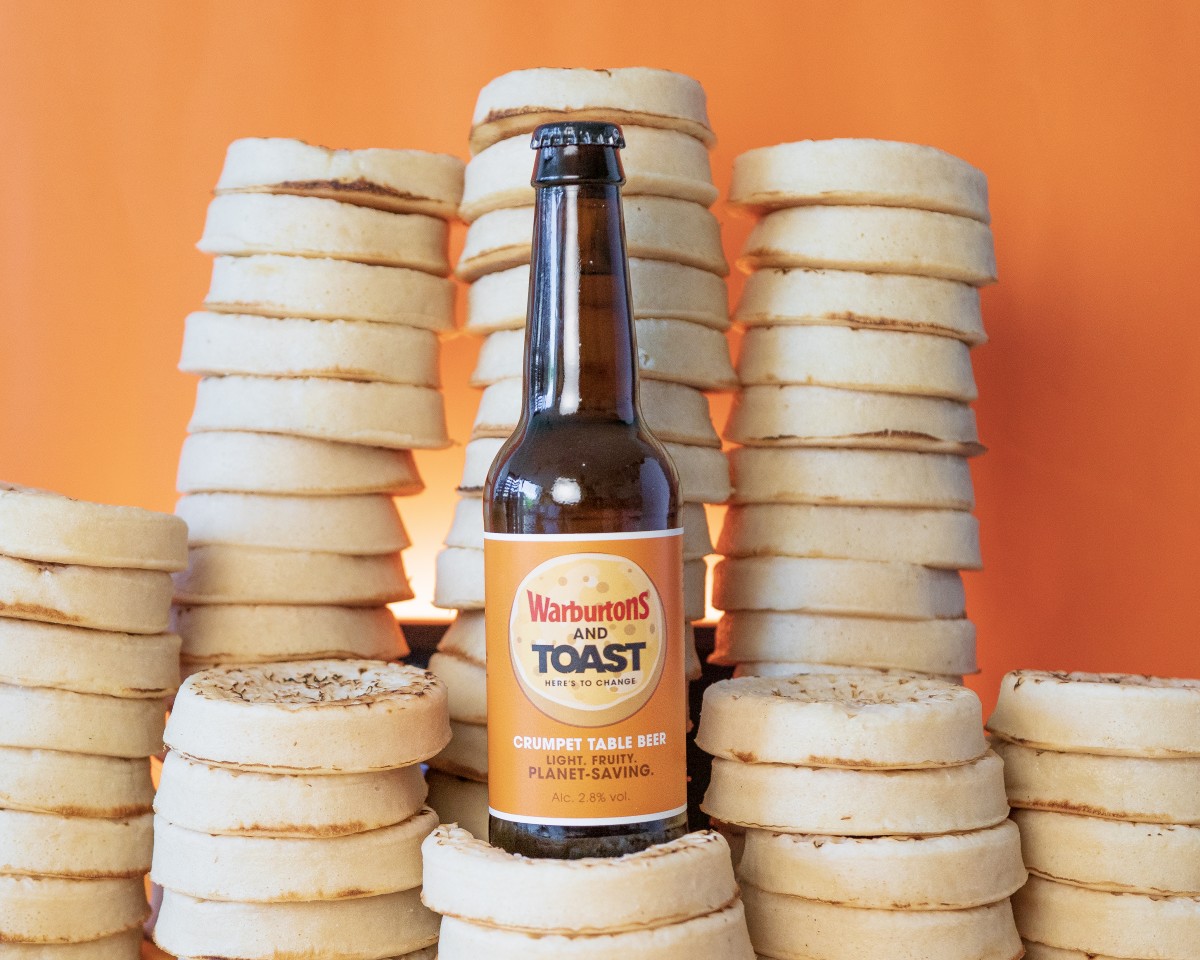